Originally from the Pacific Northwest, Brooke began her eventing career with the support of her “non-horsey” parents, Ron and Joan Bayley. Ron and Joan helped Brooke gain access to some of the best trainers in the area to begin learning the ropes of the sport with a leased out 20 year-old Leopard Appaloosa, Checkers.  Once Brooke competed in her first Beginner Novice, she was hooked. A favorite memory was when a clinician asked Brooke her goals (meaning just for the day) and Brooke simply answered, “Well, I would eventually like to buy my own horse and go to Kentucky.” 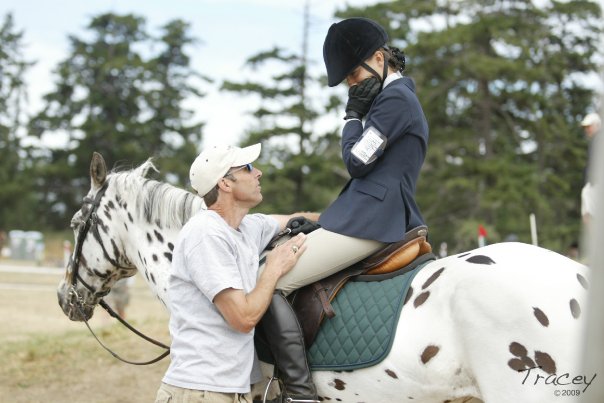 As she moved up the levels, her trainer, 1992 Olympian Todd Trewin, helped the Bayley family buy their first horse, My Kona Boy. Bought to do just Novice, Kona ended up taking Brooke to her first Preliminary only a short two years after she started eventing. As talented as the beautiful dark bay Thoroughbred was, he just did not want to compete at the upper levels. So as the jumps got bigger, Brooke found a horse more suitable for upper level eventing, Savoy Six. Savoy was an experienced upper-level event horse known for her strong cross-country phase and difficulty on the flat. She was able to give Brooke her first taste of real upper-level competition and took Brooke to the West Coast National Young Rider Championship in 2009. They flew around the last long format CCI* (now CCI2*L) offered and Brooke knew this is what she wanted to do.

After an untimely injury just after they were selected to represent Area VII at the North American Junior Young Rider Championships, Brooke turned back to Kona to achieve her goal of competing at NAJYRC. Since dressage always came easily to Kona, they decided to take on the lofty goal of trying to qualify to compete against the best young riders in the country in a discipline neither had ever competed in before. With the help of a great young coach, Courtney Briones, Brooke and Kona managed to win their first dressage outing at 3rd Level and continue on to be selected to represent Region 6 at the 2011 NAJYRC. Although Kona had a difficult trip across the country to Kentucky, he represented his region well. On their return home, Kona successfully moved up to Prix St. George before Brooke went to college in Virginia.

Brooke couldn’t shake the horse bug even while attending Washington and Lee University and receiving a BA in Psychology and a minor in Studio Art. During her college years, Brooke bought Face the Truth (Cara) and Pray for You (Nic). Both were extremely competitive young horses with top placings through Preliminary. An unfortunate pasture accident cut sweet Cara’s life short, and Brooke had a real realization of the true meaning behind being a horseman: every second counts.  While Brooke continued on her FEI riding career with Nic, she made a gutsy overseas purchase of Unbroken (Nobo), an nearly unstarted 5 year old Hanoverian from Germany. Almost the polar opposite of easy, perfect Cara, Nobo challenged Brooke around almost every corner. He was drop dead gorgeous, talented, brave but weary of how to work with a human. Brooke took all the time to learn his every move in and out of the tack and begun a long course of natural horsemanship with Tik Maynard. While it took years to build Nobo’s trust and partnership, Brooke credits her abilities as a horseman to learning how to ride and handle him. When she sees a new, misunderstood horse, she simply laughs and says, “That’s nothing compared to Nobo!” Brooke’s experiences with Nobo opened the door to another extremely promising horse, Lotos, a 2013 Anglo Arab gelding. Brooke took her time getting to know this talented, cocky, young horse and it paid off with top placings.

During one of Brooke’s sales, she spotted another talented horse that she had to have, FortyLinesofDeputy. Her first OTTB since Pray for You, Brooke is delighted to have the ride on another talented thoroughbred. “George” has flown up the levels with Brooke’s careful restarting and has moved from his first cross country schooling to his first Training level in a mere 2 months. He is all talent, ability and mind; truly a special horse. With Nobo, Lotos and George, Brooke will continue to move up the levels and establish herself at the FEI levels. 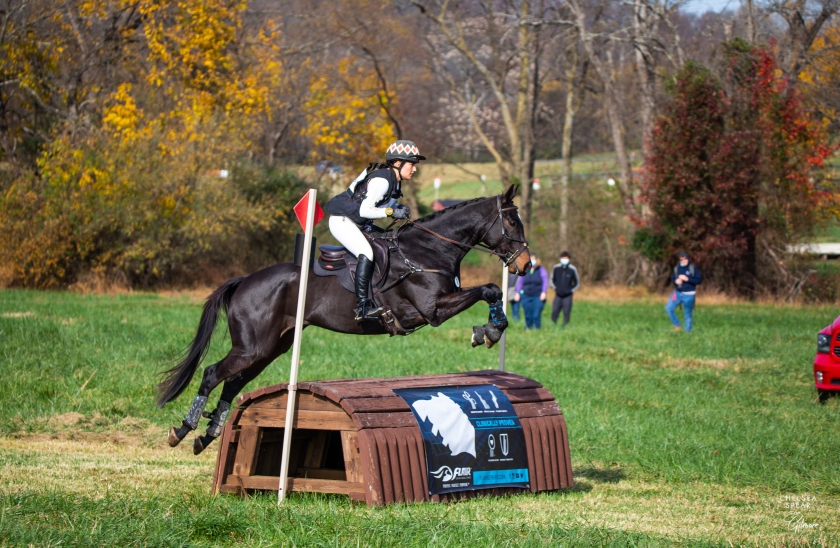 In addition to her riding, Brooke has a huge passion for teaching. She strongly believes that anyone can reach their goals with patience and work, regardless of what that goal may be. She has worked with all levels of riders from beginners learning to post and steer to riders storming around their first Training level events. Brooke takes so much joy in seeing her clients achieve their goals and loves being a part of the journey. No matter what her client wants to do, Brooke is willing to find the best teaching methods (groundwork, trail rides, intense arena work, schooling, ect.) that works with each and every horse and rider combination.